About the sand marathon
The Marathon des Sands, or MdS, (also known as the Desert Marathon) is a six day, 251 km (156 mi) long one, which is roughly the distance of a regular six marathon. The longest single stage (2009) is 91 km (57 mi). This multi-day race takes place every year in the south of Morocco, in the Sahara Desert. It has been called the toughest leg race on Earth. The first event of the marathon started in 1986.
The marathon was the brainchild of French musician Patrick Bauer, who crossed the desert in 1984 on foot and alone. He covered 350 km (214 mi) in 12 days without encountering an oasis or desert community along the way. Two years later in 1986 the first sand marathon was run. Twenty-three runners participated in the race with Bernard Gaudin and Christian Plumier, both French, and it ended with a man and a woman winning. By 2009, more than 1,000 runners had participated in the event, and the Solidarité Marathon de Sable Association was created. The goal is to develop projects to assist children and disadvantaged populations in the areas of health, education and sustainable development in Morocco. 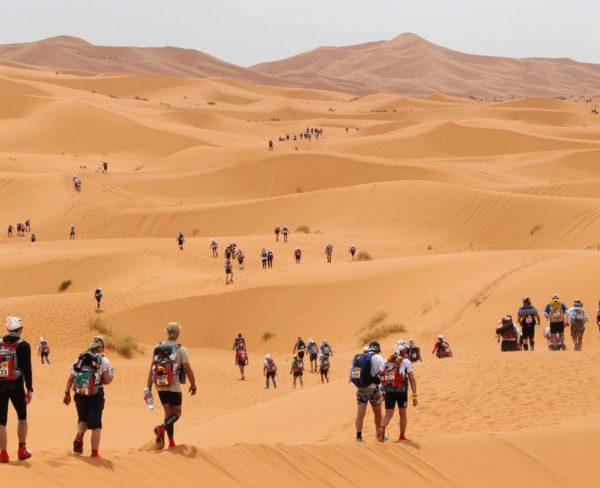